"The Bridesmaid," by Beverly Lewis

"The Bridesmaid," by Beverly Lewis 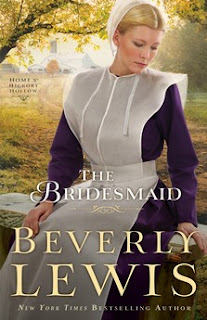 Joanna Kurtz has made several trips to the altar, but never as a bride. The young Amishwoman is a closet writer whose stories aren't her only secret.

Eben Troyer hopes to make Joanna his bride--if he can ever leave his parents' farm in Shipshewana, Indiana. Yet Eben's hopes to build a life with Joanna hinge on his brother's return from the English world....
Have to say I enjoyed this book and read it over a couple of weeks, which is very unusual for me, as I normally read books in a day or two.  We were busy though, and I did find I was able to pick up where I left off no problem.  It did want me to spend more time reading it to see what happened next, again a good point.
It pushes the point that you have to believe in God's will and you will end up doing the right thing, but not before being tested first.
If you have read any of Beverly Lewis' books, you will recognise some of the names in the book as characters from other books.  The lead characters were perfect for one another and you only want the best for them both.
Stars out of 5 : 3.5  Funnily I am not a huge fan of Beverly Lewis books........I know a bit strange.  It was a good book and I am looking forward to the third in the series, "The Guardian" which will be published in March of 2013.
"Book has been provided courtesy of Baker Publishing Group and Graf-Martin Communications, Inc.

Available at your favourite bookseller from Bethany House, a division of Baker Publishing Group".
at September 23, 2012

"Lights Out," by Natalie Walters

"Lights Out," by Natalie Walters CIA analyst Brynn Taylor developed a new program to combat terrorism, and she invited members of ... 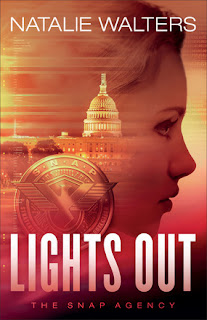